Elon Musk's $44bn offer to buy Twitter has been accepted by the Twits on the board and will be recommended to shareholders. 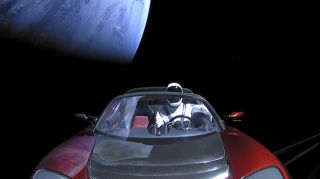 Musk: "Of course there are charging points EVERYWHERE!"

Surely President Trump (45 & 47) will be the first to get his account back. And then Elon will publish "the algorithm" and we will find out just how biased Twitter has been all these years.

And what's this? Musk is on the Amazon website trying to figure out how to put the whole company in his shopping cart!

Posted by Nationalist at 22:34 No comments:

The Prime Minister has been issued with a £50 fine, admitted criminal guilt and handed over the money. He was entitled to say, "Not guilty, Guv. See you in court," but he decided he was guilty and paid up. He is now the first ever Prime Minister of the UK with a criminal record; a distinction he can add to being the first who had three wives and is paying support for an unknown number of children.

Boris is the most gaff-prone PM ever.

So should he resign? For having a party? No, because the lock-down was stupid and he should have been allowed have a party. For getting fined?  No, because it's trivial, no more than a speeding ticket. For disobeying rules he made and forced us to obey? YES. For lying to parliament and saying there were no parties at Number 10? YES!

No liar or hypocrite should be Prime Minister of this great nation.

Who should replace him then?

Well this guy has been has been looking likely for a while...